Best Sleepover Ever: The Adventure Begins

This post continues my report on the SeaWorld Adventure Camps’ Fathers Day Sleepover that my 8 year old son and I attended at the San Diego park back in June. If you missed previous installments,  check them out here and here.

When Meadow rolls her eyes at my obsession with the sea, I tell her she can thank my grandpa for it.  Poppy, as we called him, wasn’t a waterman—he was a heart patient.  When Salt Lake City’s high elevation would begin to take its toll on the ticker, Pop would look toward the western horizon and simply say, “Let’s go.”

It never took much to convince Gran and the kids.  They’d load my mother and her siblings in the van and chase the sunset—sea level or bust.  A few military relatives living in San Diego made these impromptu road trips convenient.  The beaches, zoo, and SeaWorld were secondary, but nice.  So nice that when she grew up and started her own family, Mom continued Pop’s therapeutic pilgrimages. 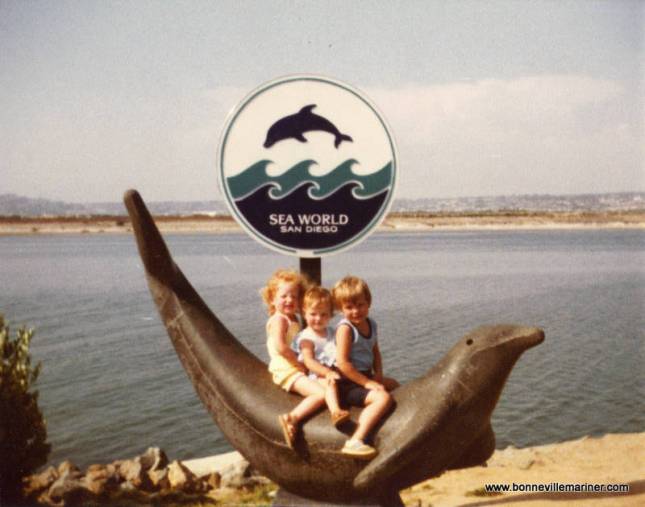 Memories of those early trips to SeaWorld appear in my head like old 16mm Kodachrome snapshots.  Our routine was always the same:  Be there when the gates open and head directly to the Sparkletts Water Fantasy Show, an acrobatic fountain presentation choreographed to Beach Boys tunes.  Then it was straight to the sea lion and otter show for a performance of “The Ooky Spooky Castle.”  The dolphin and Shamu shows would follow, along with hours of exhibit hopping.

I remember leaving the park at night, thinking how cool it would be to stay and hang out with the sea life overnight.  I smiled a few years ago when, after a night time Shamu show, Boo vocalized that same thought.  Now we were there with our official Adventure Camps t-shirts and name tags, watching killer whales launch themselves in tandem from the depths of Shamu Stadium.

The evening’s events began with dinner—an all-we-could-eat spread of Spaghetti, chicken strips, and watermelon at the Shiprwreck Reef Cafe.  James joined Boo and I at a table by the sea turtles.  We shot the breeze about SeaWorld history and a resident dolphin named Stein that Boo had befriended a few years ago, and who recently passed away after a long battle with liver cancer. 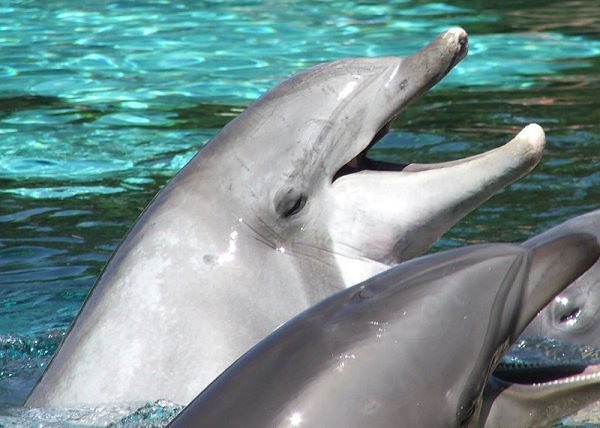 Stein was always easy to spot in the dolphin pools because he had lost all of his teeth from old age.  In fact, Stein was SeaWorld’s oldest dolphin, having lived to his mid-40s (about 25 years past normal life expectancy).  Many of the dolphins at Rocky Point Preserve today were sired by Stein—a  notion that Boo’s 8 year old brain can’t quite comprehend, but one that makes him very glad nonetheless.

After dinner we trekked back to Wild Arctic for a demonstration on Polar Bears.  Polar Bears 101 continued in a classroom behind Shamu Stadium as the sun began to set.  These sessions were led by an enthusiastic edu-staffer named Allen, and Boo eagerly absorbed every word.  After making a polar bear claw key ring, our group joined the other Adventure Camps groups at the crowded stadium to watch the Shamu Rocks nighttime show. 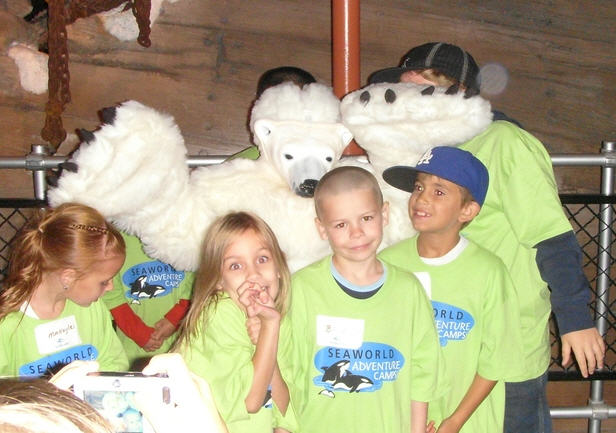 Shamu Rocks runs all summer, but tonight would be different—at least for Boo and I.  When the waves tapered away and the fireworks smoke dispersed, the rest of SeaWorld’s visitors would be ushered out of the park.  Soon the lights would dim and the lushly vegetated walkways would be silent.

Soon we would have the park to ourselves.

Posted by bonnevillemariner on August 19, 2010 in Best Sleepover Ever, Critters, The Ocean, Trip Reports

One response to “Best Sleepover Ever: The Adventure Begins”