From Pau Hana 2 Today: Catching up with Nela Otuafi

The following is the first installment in a 2-part profile of musician Nela Otuafi. 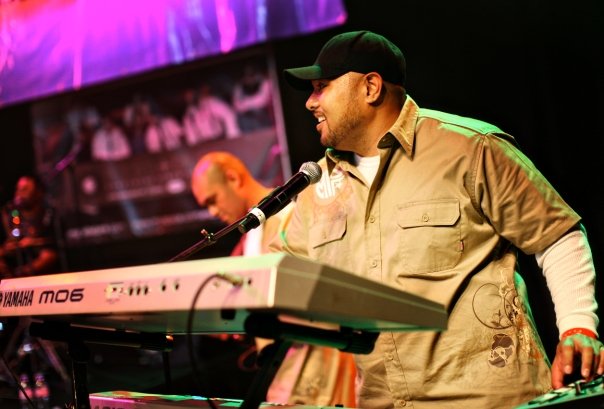 Every so often I’m privileged to run across a musician with out-of-this world talent, whose work transcends genre and works its way into your soul.

I’ve profiled a few such artists on this website.  If you recall them, you’ll notice they hail from many different points along the musical spectrum.  Today I’d like to add yet another artist to that growing personal pantheon.

Of course you could argue that Nela Otuafi could have been one of the first on the list.  After all, I discovered him over a decade ago on a road trip to California with my little brothers.

Our destination was the Pacific Ocean– any beach would do.  Our means: my newly acquired ’93 Dodge Spirit.  It’s violet upholstery and snazzy white frame would be a handsome combo on the streets of Las Vegas and LA.  Our Samoan neighbors had given my brother a CD by a Polynesian group called “Pau Hana,” which he popped into my cassette adapter Discman near Mesquite, Nevada.

We didn’t take it out again until we arrived back in Salt Lake City two weeks later.

The album was titled Return with Honour.  The music was a unique fusion of reggae and traditional island music. The instrumentation was brilliant.  Even today, the tracks on that CD are fresh, their melodies timeless.

I listened to the CD again this summer and wondered about this group whose music I loved but who I knew virtually nothing about.  So I did some Googling.  Turns out Pau Hana still tours and releases new music, albeit with none o

f the original band members.  Eventually I caught up with Mr. Otuafi, the band’s founder and original songwriter.

The San Diego native now lives in the Salt Lake City area with his wife and five children.  He is currently part of an eclectic Polynesian ensemble called the Mana Poly All-Stars (website, Myspace), which shares and builds on that unique fusion sound.  Nela graciously agreed to let me interview him for this post:

BONNEVILLE MARINER: Tell me a little about your musical background.

OTUAFI: I come from a really musical family– it’s in my blood.  I went to a school for creative performaing arts and that really helped me nourish my talents.  All Polynesians have a musical ear, but they may not know music philosophy or theory or structure.  School really helped me with that.

BM: How did you get started with Pau Hana?

OTUAFI: I formed Pau Hana in college.  The term pau hana means “after work.”  We’d get together and jam after school.  Then we started doing parties, then bigger and bigger [events] until we started doing concerts.

BM:  Return with Honour isn’t necessarily a religious album, but I detect some definite Christian and LDS tones throughout.

OTUAFI: The whole concept [for the album] was centered on my LDS mission.  That’s where you get the title, Return with Honour.  Three of us were LDS, the others of a different faith.  I had to make sure the others knew that if we’re going to do the CD, I’m going to be leaving on my mission.

BM:  My favorite track on the album is “Nani.”  I guess I must sing it a lot because a few nights ago we woke up in the middle of the night to hear our 2 year old daughter singing it in her sleep.

OTUAFI:  I have 5 kids and it’s really an eye opener to hear my kids singing that. I was in a little room in my house in San Diego when this was written and I never would have imagined so many years later I’d have kids singing the same song.

BM:  The thing about Return with Honour for me is the perfect balance of hip-hop with the island sound.

OTUAFI: Well that was the concept- to blend hip hop with the island sound.  We wanted to have an 808 Drum Kit sound and ukulele.  A lot of credit goes to Tina Antoine, our guitar player, for creating that sound.

BM: Not to spend too much time on “Nani,” but tell me a little about the uke riff on that song.

I’ll cover more of Nela’s musical philosophy, his Tongan heritage, and his current work with the Mana Poly All-Stars in the second part of this profile next week.  In the meantime, take a listen to “Wake Up My Darling” from Return with Honour here.